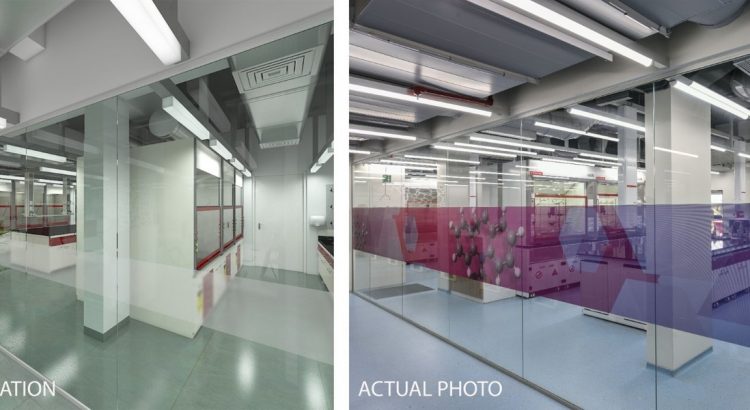 However, what is rare is when a consultant shares a note of gratitude for the client.

Arena Consultants was appointed as ‘Laboratory Architects’ by M/s Sudarshan Chemicals’ for their upcoming project. We started with redesigning of their R&D center at Sutarwadi, Pune which comprised of R&D lab, plastic lab, analytical lab, administrative areas and analyst seating areas along with multiple meeting and conference rooms. What started initially as 9000 sft area project, soon got extended into a larger scope of renovation of other support areas too.

We first presented the preliminary concepts and 3D views which helped the client to envisage of how the labs would look like. While doing so we had total freedom to design and were encouraged to innovate.

This was possible simply because there was lot of openness and receptiveness to the ideas which were presented. The acceptance level by users was high which motivated us throughout the project process.

Architecture is a creative field. It does not go by rule book. Designers need freedom, flexibility, support and trust from clients which is what we got from M/s Sudarshan Chemicals.

Arena Consultants sincerely thank all the stakeholders and look forward to a long lasting working relation with Sudarshan Chemicals for years to come.